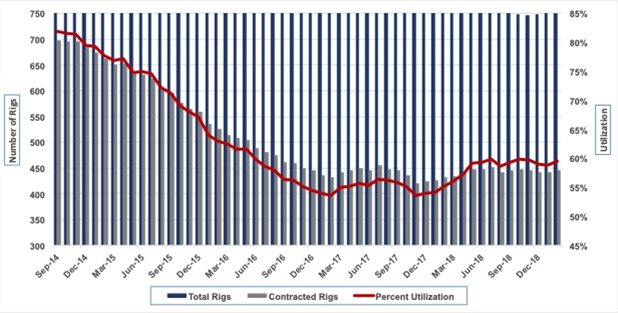 Even though the market has been stable, there has been no improvement in overall rig utilization the first two months of the year, so the question is will 2019 ultimately be the year of the comeback?

The offshore rig market has been waiting on recovery for over four years, and many analysts predicted the market was set to rebound in 2018.  While there was substantial utilization and day rate improvement in areas such as the Norwegian North Sea and the US Gulf of Mexico, the market as a whole remained at or below the breakeven day rate environment of the past few years. Rig attrition in 2018 reached an all-time high, but still did little to improve utilization to any large degree as supply continued to far outpace demand. Further complicating the rig supply picture was the new construction market. There were some new rigs that entered service in 2018, but the majority continued to sit in the shipyards where they were built. Some of those yards did finally sell some rigs as asking prices came down, and a few major rig owner sales and/or mergers were also announced or completed.

The question for 2019 is whether this will be the year of the rig market comeback? This presentation will review where the rig market stands at the moment and takes a look at what can be expected the remainder of the year. 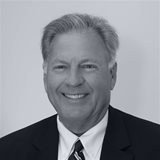 He has spent most of his 35+ years of experience tracking and writing about the offshore rig market.  He started his career in 1981 at IHS-Petrodata legacy company Offshore Data Services.  He left the company in 2006 and spent over three years marketing rigs for ENSCO in the US Gulf of Mexico.  After leaving there, he returned to the market intelligence side of the business, with stops at DrillingInfo and RigData before landing at Rigzone in December 2014. He became Director of the Data Services group in February 2016 and served in that capacity until March 2018 when Westwood Global Energy Group purchased the Data Services division of Rigzone.